Firstly, we talk about the history of Karachi then we will talk that why Karachi is also known as the city of lights. Karachi is the capital of Pakistan’s province Sindh. Earlier, at the time of separation of subcontinent Karachi was the first capital of Pakistan and due to the Arabian Sea, it was the way of transport through the seaport. By the time of the partition of British India, in this city, a large number of the population lived there by the following independence of Pakistan. The population of Karachi dramatically increased because a large number of Muslims migrated from India to Pakistan.

How was the Karachi Founded?

In 1729, Karachi was found as the ethical culture of Sindh talpur and Miras of Sindh. At the beginning of history Karachi called as kolachi and after the settlement of fortified, Sindh imported cannons from Muscat, Oman. The name Karachi is first time used in imported documents in 1742, and by the time it was being called as Karachi.

Moreover, according to the department of whether the climate of Karachi is arid and a long summer season. The city has low annual average precipitation levels (approx. 250 mm (10 in) per annum); during the July and August Karachi has a monsoon season. In summers, Karachi is upset with deadly heat waves because there is no rain and oceans were influent with the Arabian Sea. The winter season in Karachi had dry and lasts between December and February. It has pleasant and warm weather in Karachi throughout the year.

Language and religious of Karachi:

A large number of populations of Urdu speakers lived in Karachi. In Karachi, the category of other languages also lived but most of the people are Urdu speakers. The religion of Karachi is Islam but now there are three types of religions too such as 50% Muslims, 40% Hindus and the remaining 10% is Christen.

Electronic Media and Technology in Karachi:

Therefore, at the beginning of electronic media and technology, in Pakistan the house of media was Lahore and by the time it’s been shifted in Karachi and now Karachi is the largest city of electronic media and technology. The Pakistani whole news channels and other sources of information and technology performed their services from this city. The Several independent television and radio stations are based in Karachi, including Business Plus, AAJ News, Geo TV, KTN, Sindh TV, CNBC Pakistan, TV ONE, Express TV, ARY Digital, Indus Television Network, Samaa TV, Abb Tak, BoL TV, and Dawn News, as well as several local stations.

Karachi is the main city of some important Pakistani culture and tradition institutes. Karachi had a national academy of performing arts; the institute offered short classical music diplomas and also issued a proper degree. Karachi was the oldest city of cinema and theatre, at the beginning of the Pakistani film industry, Karachi was the only place of cinema houses and theatres. That’s why Karachi was known as the city of lights.

Music and Museum:music museum in karachi

The all Pakistan music and sound council located in Karachi and there they performed their music services. The national art council (koocha-e-saqafat) arranges musical and Mushaira competitions in Karachi. The most important and oldest museum in Karachi, all the weapons which had been used in past battles display in this museum. The National Museum of Pakistan and Mohatta Palace located in Karachi.

Why Karachi is known as the city of lights:

The entire entertainment complex, industrial city, media roots and big malls which are located in Karachi makes Karachi the city of lights. In the evening Karachi glow like a star and 80% of Karachi people came out of their homes and visit different entertainment complex. Most of the population goes to Karachi to spend holidays because Karachi is the only city of Pakistan, which has an Arabian sea. The sea is one of the major entertainment elements in Karachi and that’s why Pakistani loves to go Karachi. 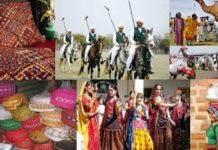 What is the Culture of Sindh Pakistan?

Some Famous Facts About Lahore the City of Gardens

Some Famous Facts About Lahore the City of Gardens

What is the Culture of Sindh Pakistan?