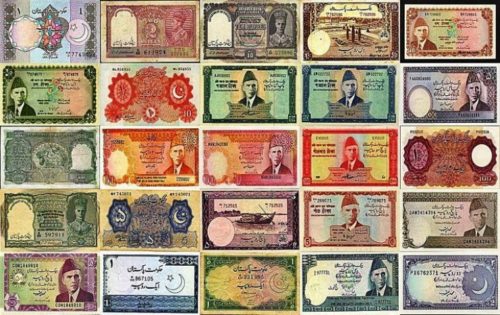 Pakistani Currency
In Pakistan, the currency has two forms, notes, and coins. The word “rupee” is used for Pakistani currency and also spelt as “rupaya”, “rupees” or “rupaye”. The word “rupya” is derived from the Sanskrit word “rupya” which meaning is “wrought silver” a coin of silver.

Pakistani Rupee
The Pakistani rupee issues from the state bank of Pakistan and the Central Bank of the country. The rupee sign: RS; and the code; PKR; and also referred to as the PKR rupee. The most common symbol is used for money in Pakistan is RS, when the consumer buying or selling goods. The Pakistani rupee has two types, coins, and notes. Let’s talk about the definition of coins and notes.

Depending on the money, the money deposited in Paisa declined to be a legal tender in 2013, at least 1 rupee as minimum legal tender. On 15 October 2015, the Pakistani government decided to change the 5 rupee coin and they were introduced lightweight and small size coins with heaving a golden color, which is made from copper-nickel-zinc. In 2016, the state bank of Pakistan also released 10 rupee coins for circulation.

The Pakistani banknotes heaving with the portrait of Muhammad Ali Jinnah and observed with the writing in Urdu. All banknotes which are issued by the state bank of Pakistan vary a design with the translation of prophet hadit in Urdu, which is written as “Seeking honest livelihood is the worship of God.” which is حصول رزق حلال عبادت ہے ‬ (Hasool-e-Rizq-e-Halal Ibaadat hai). These words are written on the top and bottom of the notes.