Iqrar Ul Hassan is one of the biggest names in the history of Pakistan’s media house. He is also popular in the world because of news anchoring in the ARY News. Apart from this, he is also a news presenter from several past years. Now he is in the news headlines because of his second marriage with Farah Yousaf, a famous news anchor of Samma TV. In this article, you are going to learn the biography of Iqrar ul Hassan from all aspects.

Iqrar Ul Hassan Biography – Early Life:  The famous new anchor of Pakistan, Iqrar Ul Hassan, was born on May 29th, 1984. He is currently 36 years old. After completing his early education from Lahore, he decided to take his graduation degree from Lahore also. Therefore, he took admission in the Government College University Lahore for the Political Science and Journalism Degree. After getting a journalism degree, he started his professional life as a host.

After getting experience, he joined ARY news as an Anchor. He also worked as a writer and TV moderator. Nowadays, he is getting popularity in the world due to his high-rated program, “Sar-e-Aam”. It is a reality-based show, in which Iqrar show the real face of a cruel world. He also uncovered hundreds of “Profound Healers” who were busy in making tricks against the pious ones. No doubt, he is helping people and the government of Pakistan by showing the real faces of the corrupt mafia.

He joined ARY news network as a news moderator, but later on, due to his determination and hard work, he turned into a famous columnist. Today, his name is present in the list of best writers of Pakistan. He is also running his program, Sar-e-Aam that is against white collar crimes. It won’t be wrong to say that this program is the main reason behind the success of Iqrar-ul-Hassan. Other than this, he opened the eyes of Sindh police and security zones by doing a sting operation in Sindh Assembly.

Iqrar-Ul-Hassan First Wife:
Qurat Ul Ain is the first wife of Iqrar. She is also from a news analyst background. Qurat began her work with the ARY news and still, she is working under the banner of ARY. It is a common perception that most of the women don’t work for a single organization for a long period. But this is wrong when it comes to Qurat ul Ain. She is a loving lady who knows how to perform duties with full determination. In short, she is an ideal woman that every man wants to have in his life. Iqrar is so grateful to have her in his life. 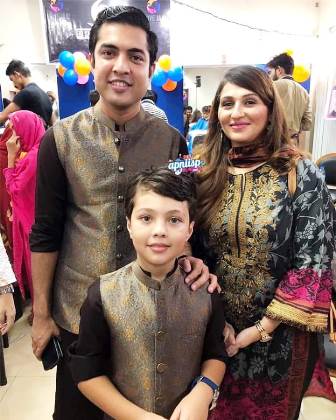 Iqrar-Ul-Hassan Second Wife:
Farah Yousaf is the second wife of Iqrar Ul Hassan. But his fans were not aware of his second wife and they came to know about her from the pictures of the trip. After looking at the pictures, one of Iqrar’s fan asked about that lady. At this Iqrar answered that she is my second wife, the fan replied that, why are you concealing this fact from your fans? In the answer, Iqrar posted the pictures of his both wives and said, I am not concealing or covering anything. The fact is I am married to Qurat ul Ain as well as Farah Yousaf.

Pehlaj Hassan – His cute son: Pehlaj Hassan, an adorable child, is one of the most loving children on the set of Pakistan Television. Qurat-ul-Ain and Iqrar Hassan are the parents of good looking Pehlaj. He is also hosting some shows on national TV channels. He is becoming popular in Pakistan and all over the world due to his looks as well as his voice. Apart from this, he is also going to play the role of Hamza Ali Abbasi’s childhood in an upcoming drama. 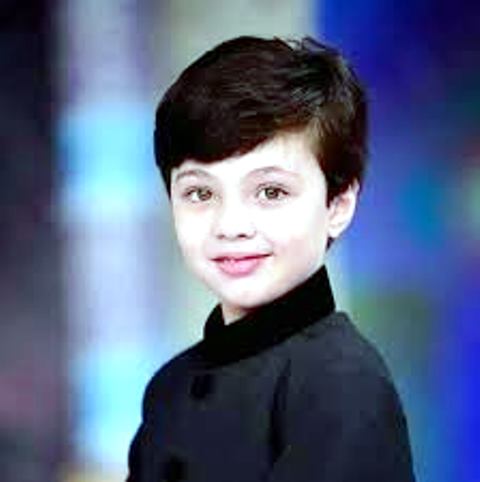 His current show:
Iqrar is just working in the ARY news channels under the banner of Sar-e-Aam. This show is totally related to the issues of common people. In my opinion, this show is currently the best reality program in the world that is raising the voice against the corrupt and unauthentic people in Pakistan. If you also want to be a part of the change, then you need to raise your voice against the public issues and black marketing products. Apart from the ARY channel, Iqrar is not working anywhere else.

Earnings and net worth of Iqrar Ul Hassan:
He is one of the most loving personalities around the globe due to his sensational work for the well-being of mankind. Likewise his hard work and dedications, he is earning almost 5 lakhs per month. Apart from this, he also crossed the landmark of sixteen million Pakistani rupees in the year 2018. Now, in the ongoing year, he is earning more than 5 lakh per month.

Islamabad Second Most Beautiful Capital in the World